It's a Match! IOM Launches its First Clickfunding Campaign to Promote Social Cohesion in Egypt 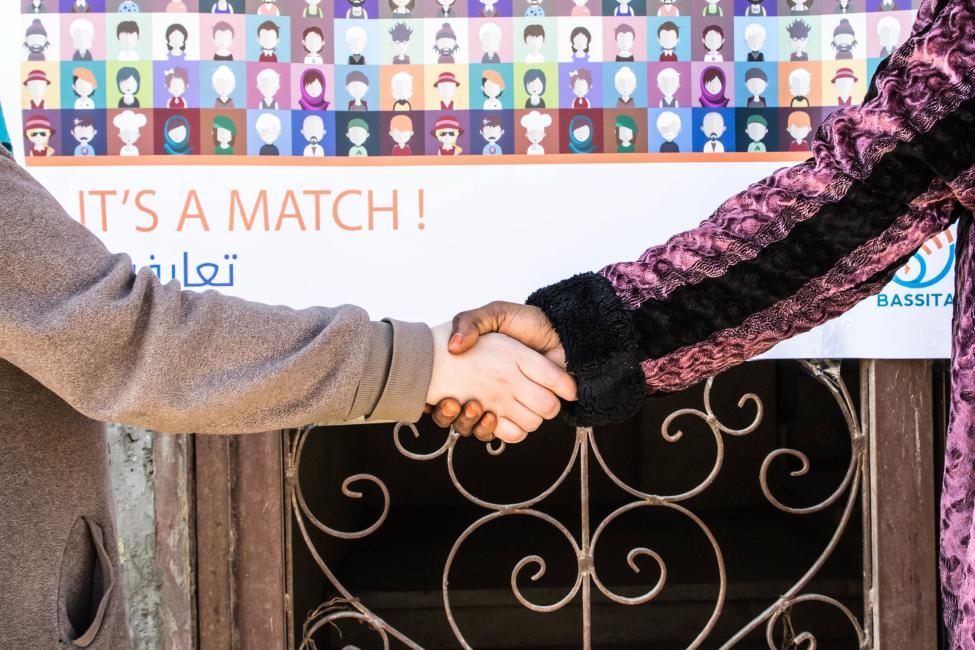 Cairo, 21 January 2016 - IOM has teamed up with Bassita, the inventors of Clickfunding, an innovative means of online social campaigning, to launch "It's a Match," a campaign to promote diversity in Egypt and enhance social cohesion among Syrians and their host communities with the generous support of the US Bureau of Population, Refugees, and Migration (PRM).

“The campaign uses gamification to promote mutual understanding and cooperation between Syrians and their Egyptian host communities in order to break down social barriers in one of Cairo’s rural neighbourhoods. We also hope to create a positive economic impact through injecting some liquidity into the neighbourhood’s local businesses,” said Amr Taha, IOM Egypt Head of Office.

The campaign will provide 1,000 halved coupons, worth 40 EGP each, to 500 Syrians and 500 Egyptians provided that the “cause” will reach at least 100,000 points. It features a video promoting community reinforcement, animations, photos and articles that will be posted on the campaign website as well as on other online outlets. Every view, share or like is translated into points that add up the overall target of the campaign. To be able to cash their coupons, participants will need to meet their counterparts, get introduced and take a selfie together.

The Clickfunding model encourages web users to contribute to a social cause through online engagement. “Clickfunding aspires to change the world, today it gets to change behaviors,’’ Alban de Menonville, co-founder of Bassita, said.

The campaign is part of a more extensive programme falling under the Regional Refugee and Resilience Plan for Syria (3RP) which also aims at providing social assistance to Syrians in Egypt and host communities in order to ameliorate their living conditions and increase social cohesion, resilience and ultimately prevent irregular and unsafe migration.

Link to the campaign’s video and pictures