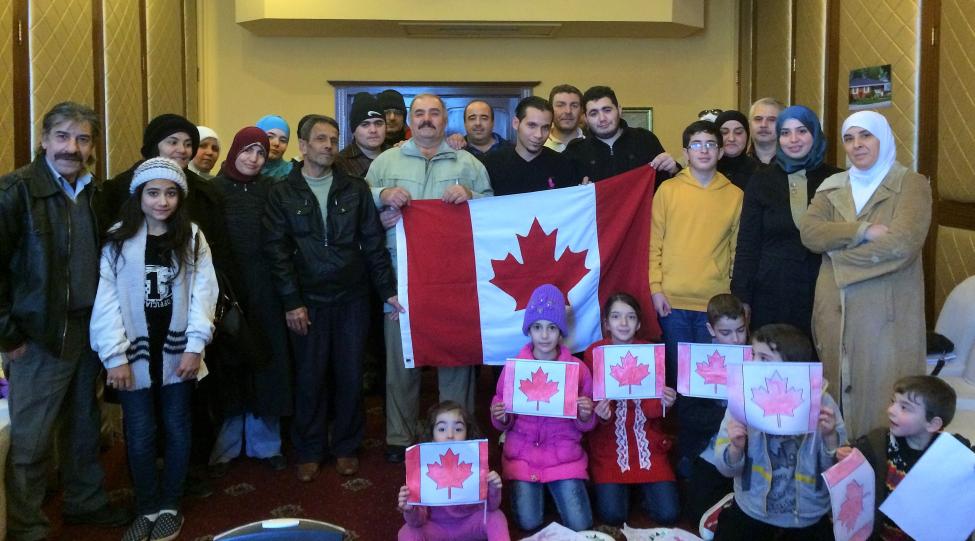 Cairo, 4 February 2016 – IOM, in coordination with UNHCR and the Governments of Canada and Egypt, successfully moved 39 Syrian refugees from Egypt to Toronto, Canada. They were the first of 600 Syrian refugees in Egypt IOM is assisting to make new lives in Canada in February, of whom approximately 47 per cent are children.

“I feel we have been granted a second chance in life…it is not about me or my husband, but rather our kids. We did not feel safe in Syria anymore. We could not see a future for them. We are very delighted our prayers for a more prosperous future have been answered,” said one of the Syrian refugees aboard the first flight.

The resettled Syrians will be given permanent Canadian residence papers and social insurance numbers on arrival. Meanwhile, IOM is assisting the Government of Canada by providing transport, basic registration, medical screening, logistical support and a brief pre-departure orientation briefing about Canada. In addition to the briefing, the Canadian Orientation Abroad (COA) program is also distributing information packages to each of the departing families.   The Government of Canada interviews the refugees, records their biometrics and is responsible for security screening.

The group was the first to depart Egypt as part of Canada’s commitment to relocate 25,000 Syrian refugees from the region. Over 10,000 Syrians have already been assisted by IOM to relocate to Canada from Jordan, Lebanon and Turkey under the same programme.

IOM Egypt Head of Office, Amr Taha, added that, “We are indeed very happy to see Syrians get a humane opportunity to start their lives in a new country, an opportunity that protects their human rights and secures them from the dangerous risks of irregular migration. I would like to thank the Government of Canada for their hospitality, and the Government of Egypt for assisting in the smooth flow of the movements.”

IOM Egypt’s resettlement programme has resettled nearly 4,000 refugees in 2015 alone; an 88 per cent increase compared to the previous year, with Syrians comprising the highest percentage, 32 per cent, of resettled refugees in 2015.