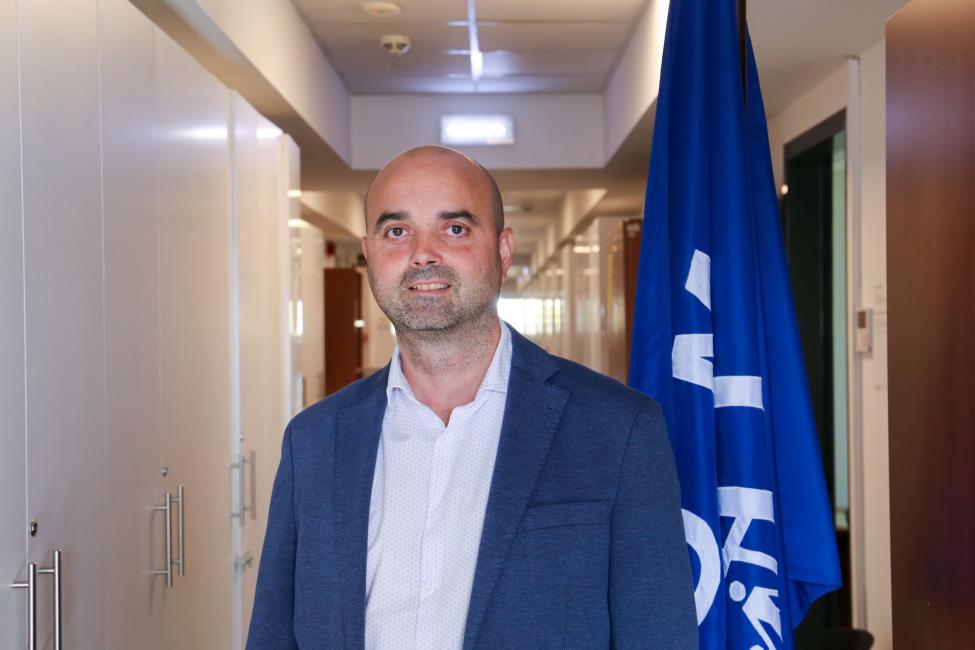 Cairo – The International Organization for Migration in Egypt is pleased to announce the arrival of its new Chief of Mission, Mr. Carlos Oliver Cruz, who has been accredited by the government of Egypt and presented his credentials to the Egyptian Ministry of Foreign Affairs on 2nd of November 2022.

Mr. Oliver Cruz has an extensive professional experience who, before coming to Cairo, served as IOM’s Senior Policy and Liaison Officer in Athens, Greece.  Carlos has also worked at IOM Headquarters in the Office of the Director General as Special Assistant to the Deputy Director General. Prior to joining the IOM in 2012, he worked at the Kofi Annan Foundation, a non-for-profit organization established by the former Secretary-General of the United Nations, the late Kofi Annan, to promote better global governance and more effective responses to emerging threats.  He also worked previously at DARA, a non-profit organization in Madrid, where he was part of the team that established the Humanitarian Response Index, which measures the performance of the OECD/DAC humanitarian donor countries.

“I am deeply honored to take on the role of IOM's Chief of Mission to the Arab Republic of Egypt. Particularly, in such an important moment, where the world's attention and hopes are on the Sharm El Sheikh 2022 United Nations Climate Change Conference (COP27),” Mr Oliver Cruz said. “I look forward to working with the Governmental authorities, the UN, the civil society organizations and all the relevant stakeholders to continue addressing migration challenges and supporting those in need.

The new Chief of Mission will play a crucial role in continuing to uphold the rights of migrants and displaced populations in Egypt in cooperation with governmental and non-governmental counter partners.