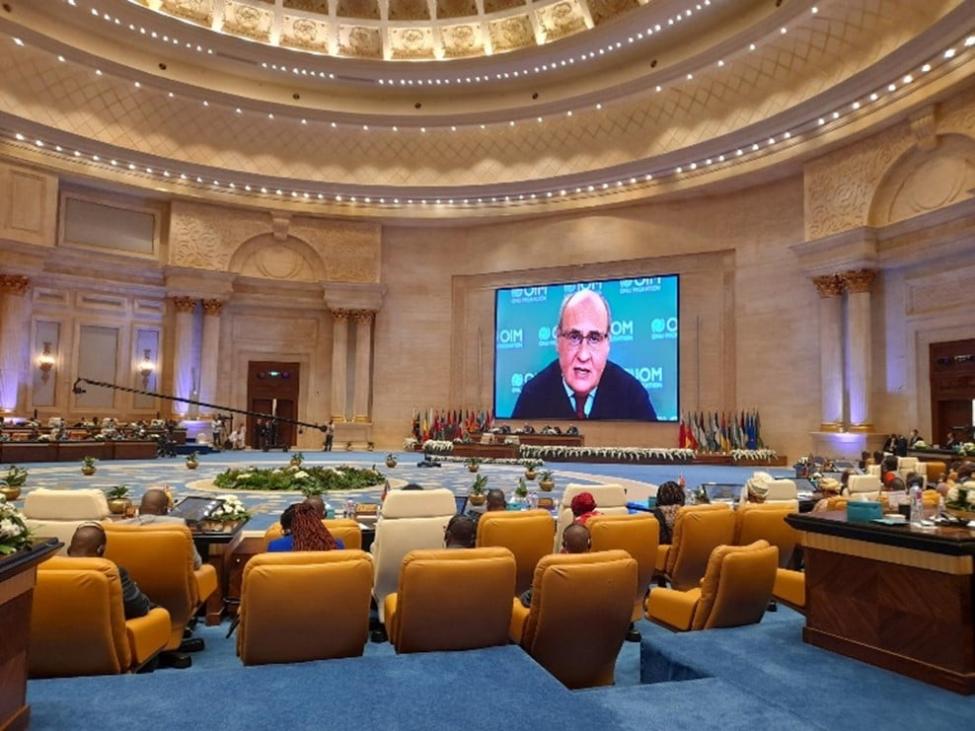 Cairo - The Office of Prosecutor General of the Arab Republic of Egypt (OPG) organized a conference of General Prosecutors from African and Arab countries on “The Role of Public Prosecution Authorities in Combatting Transnational Crimes” in the New Administrative Capital. IOM Egypt partnered with the OPG in the organization of the event through the ARMP (Africa Regional Migration Program) funded by the Bureau of Population, Refugees and Migration of the US Department of State.

One hundred and twenty General Prosecutors and officials of African and Arab Prosecution Offices participated, alongside the President of EUROJUST and representatives from the diplomatic missions in Egypt. The conference gave opportunities for the justice operators to engage into an inclusive dialogue and share their national practices in combatting transnational crimes, including migration-related crimes, such as smuggling of migrants and trafficking in persons.

“The theme of this Symposium is the role of Prosecution Authorities in fighting against transnational crimes, thus looking at judicial cooperation in investigating and prosecution. The keyword in this endeavour is ‘cooperation’, which requires a joint understanding, a common approach led by a supranational policy to achieve effective results” said H.E. Antonio Vitorino, Director General of the International Organization for Migration (IOM), in his welcoming speech.

A series of thematic panels were organized with high-level speakers from participating countries. Mr. Laurent de Boeck, the IOM Chief of Mission to the Arab Republic of Egypt, contributed to the debates in the panel on “Best Practices and Challenges in Investigating and Prosecuting Human Trafficking and Migrant Smuggling Offences; the Mechanisms for Protection of Victims and Witnesses; the Relationship with Other Transnational Crimes”. The Panel brought together the US Attorney North Dist. California/Legal Attaché of the US Embassy in Egypt, the OPG and the NAIF Arab University.

The Conference was organized in parallel to the gathering of the members of the Africa Prosecutors Association and the Arab Association of Prosecutors. A Memorandum of Understanding of dialogue and cooperation between the two Associations was signed at the opening of the Conference. “The Africa Prosecutors Association and the Arab Association for Prosecutors represent unique platforms which bring together high-level officials to debate the concerns of the moment and innovate with respect to policy and practice. Such engagement can be seen – globally -- as unique in fostering cooperation in a very important area of work for humanity” continued IOM Director General Vitorino.

Upon conclusion of the Conference, participants reaffirmed the pivotal role of prosecutors in combatting transnational crimes and the importance of strengthening the mechanisms of cross-border cooperation.