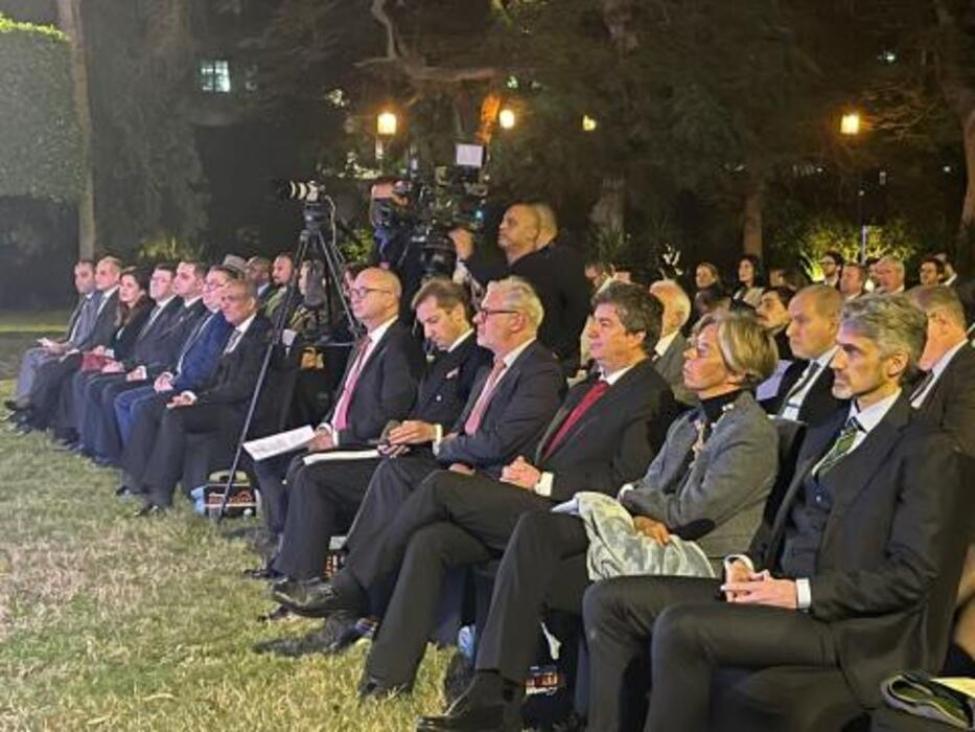 Cairo - IOM Egypt is celebrating 30 years of key partnership and fruitful cooperation with the Government of Egypt and (inter)national partners and counterparts, since it opened its Mission in Cairo in 1991. The Organization is also celebrating its 70th anniversary, following its creation in December 1951.

To mark these milestones, IOM Egypt organized an event at the Belgium Residence with more than 185 high-ranking officials, representatives of the Government of Egypt, the Parliament, diplomatic missions, civil society and private sector partners and institutions contributing to the mandate of the Organization. The celebration included art performances by migrant and Egyptian artists to reflect the essence of migration and social cohesion and to showcase the integration and positive multiculturalism that migration creates when well managed.

IOM Egypt’s Chief of Mission, H.E. Mr. Laurent de Boeck, commenced the celebration by stating: “It is a privilege to count so many institutions in Egypt partnering with IOM to promote migration governance and to enhance a positive multicultural society. It is an honour to give 30 Awards to those Egyptians who contributed to the mandate of the Organization in Egypt.”

Hundreds of thousands of migrants and Egyptians benefited from IOM programme, since 1991, when Egypt became a full-fledged member state of IOM. IOM established its Mission in Cairo with the initial purpose of assisting foreign nationals who had been forcefully displaced by the Gulf War to voluntarily repatriate or resettle in third countries. Over the last 30 years, IOM Egypt has continuously enlarged its engagement in actions benefitting the Egyptian society and the migrants. Since entering into an Agreement with the Government of the Arab Republic of Egypt, IOM Egypt has established excellent working relations with migration-related ministries, UN partners and the civil society.