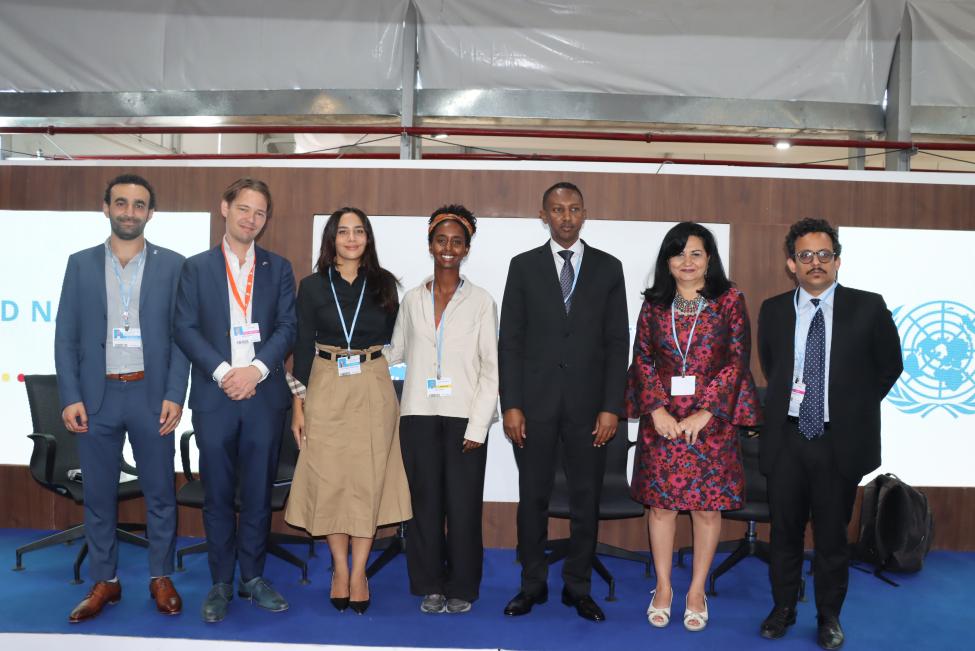 Sharm El Sheikh -  IOM Egypt and IFAD jointly hosted a discussion panel on “Remittances and their role in building resilience to improve food security in Africa” on the “Adaptation and Agriculture Thematic Day” UN Pavilion at COP27 in Sharm el- Shiekh.

The event focused on discussing the linkages between migration, remittances and the food crises.

“1.5 billion are pushed yearly to be erratic hunger and poverty in Somalia”, said his Excellency Mr. Ahmed Mathobe Nunow

Food crises, which are exacerbated by erratic climatic changes, violence and other uncertainties, are important drivers of international migration. 75% of the world's poor and food insecure depend on agriculture and natural resources for their livelihood, in addition, a 10-25% yield reduction could be widespread by 2050 due to climate change.

“There are a lot of good examples of green entrepreneurs such as Mouzare that are going a great job in pushing the development of agriculture sector in Egypt.” stated Dr. Melle emphasizing the important role of diaspora investment in building resilience.

Aisha Hassan, a Somali diaspora who attended the event, emphasized the role of diaspora investments in contributing to the exchange of knowledge across cultures to create climate-resilient food systems,

Dr. Noha Bakr also explained the role of politics and academia is an imperative in highlighting the importance of remittances in combating hunger.

IFAD and IOM have highlighted the role of remittances on substantiable development and how this role could be leveraged by promoting innovative investments and transfer modalities, supporting financially inclusive mechanisms, enhancing competition, and empowering migrants and their families through financial education and inclusion while encouraging migrants’ investments and entrepreneurship.