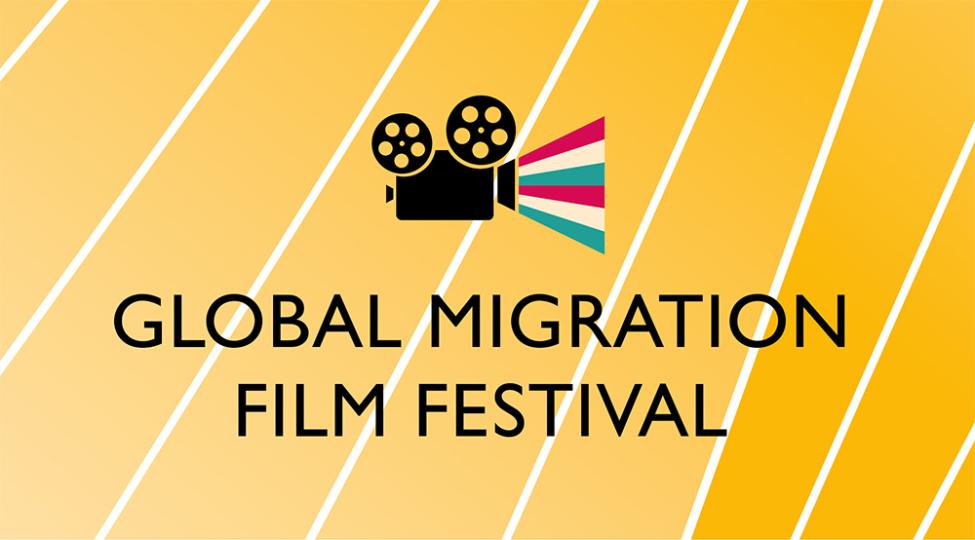 There’s a saying often attributed to the great Russian writer Leo Tolstoy that there are really only two stories: “A person goes on a journey or a stranger comes to town.”  Migration is thus the lens through which so many of the world’s greatest filmmakers have told their stories.

It was with this spirit that IOM launched the first Global Migration Film Festival in 2016 starting with just 30 film submissions. Last year, the 2018 Festival took place in 100 countries where there were 545 screenings before a total of 30,000 people.

This year over 600 films have been submitted for acceptance by the festival. Over the next two months these films will go through a rigorous screening and selection process by the festival jury to select the finalists for the Festival.

Nominated as Best Actress by Australia’s Academy of Cinema and Television for Ladies in Black, Ormond was the first UNODC Goodwill Ambassador Against Trafficking and Slavery and is the Founder of Alliance to Stop Slavery and End Trafficking (ASSET).  Among her film work, Ormond starred in Legends of the Fall, Sabrina, and The Curious Case of Benjamin Button.

Ormond also is a Founding Chair of FilmAid International and Executive Produced Emmy-award winning Calling the Ghosts: A Story of Rape, War and Women.

Ormond will be accompanied by Asser Yassin. The Egyptian film and television actor, writer and producer earned his degree in Mechanical Engineering from the American University in Cairo but chose to pursue a career in acting. Asser has received many distinguished awards as best actor from Festival International Cinema Mediterranean Tetouan in 2015, Malmo Arab Film Festival in 2011, and Carthage Film Festival in 2010. Aside from his acting career, Asser has also stepped behind the camera to direct music videos for some of the top local acts/performers in Egypt. Earlier this year, Yassin was appointed as goodwill ambassador for IOM.

Ormond and Yassin will be joined by other distinguished members of the jurors’ panel including Amelia Hanibelsz, a two-time Primetime Emmy-nominated, Genesis Award-winning, producer-director, and award-winning visual artist, documentary filmmaker and educator Fatou Kandé Senghor.

Hanibelsz’ career began in Sri Lanka, aged 17, with a UN-supported Norwegian media NGO, producing and presenting segments on sustainable development, women, the environment, and human rights. Over a six-year period in Singapore she worked for Fremantle Media, The Discovery Channel, and TVE-Television Trust for The Environment. Based in New York since 2005, she has developed, produced and directed content for National Geographic, Animal Planet, the History Channel, A&E, and OWN – The Oprah Winfrey Network.

Senghor is based in Dakar, Senegal. Her most recent film Donner Naissance (Giving Birth), a profile of Senegalese sculptor Seni Camara, was selected for the 56th Venice Biennale. Senghor has written widely on gender, culture, history and African cinema, and is the founder of Waru Studio, a space for young artists and filmmakers to explore the intersection of art-science-technology and politics in Africa. Significant collaborations include working with renowned director Ousmane Sembène, considered as the founding father of cinema in Africa, and with Wim Wenders on The Invisible (2007).

The last member who joined the jury board is Sherif Elbendary, an Egyptian film director of short films and documentaries that have screened at film festivals around the world including Tribeca and Cannes.  Sherif Elbendary founded “Africa Films”, a film production company mainly focused on the production of short and feature films for promising and upcoming directors making their first and second films. He is also currently producing his second feature film Spray.

“We have worked hard with the programmers of the Festival Jasmin Basic and Brian Brown to create an Official Selection with movies which can bring into light diverse aspects of migrations and trigger empathy in the audience. We have an impressive and talented jury board this year and I am curious to find out the movies they will select as the winners,” explained Amanda Nero, the Festival’s director.